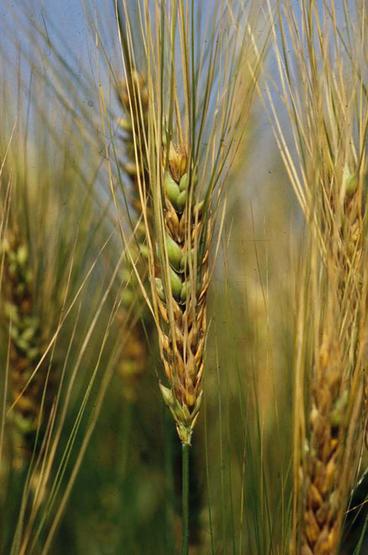 My main research interests include disease resistance in cereal crops, genetic diversity in the wild crop progenitors, host-parasite genetics, and virulence/molecular diversity in plant pathogenic fungi. As the Lieberman-Okinow Endowed Chair, my primary mission is to identify, characterize, and utilize genes from wild species for the enhancement and improvement of wheat, barley, oat, and rye. Small grain cereals were first domesticated from their wild progenitors over 10,000 years ago in the Fertile Crescent and have undergone strong selection pressure from the time of early domestication through modern plant breeding, resulting in the loss of genetic diversity. To make future gains in yield, quality, and disease resistance, plant scientists must exploit the genetic diversity that exists in the wild species. We are developing large collections of wild cereal species from across their natural range and are evaluating them for economically important traits. Molecular mapping studies are then conducted on these wild accessions to determine the number, chromosomal location, and effect of loci contributing to these traits, especially disease resistance. We are also involved in collaborative projects to clone disease resistance genes using a map-based approach. The stem rust resistance genes Rpg1, rpg4, RpgQ were recently isolated from barley by this means. We are now studying the mechanism and expression of these resistance genes in barley.

Knowledge concerning the variability of cereal pathogens is important in our efforts to control plant diseases through deployment of resistant cultivars. Toward this end, we are studying the virulence and molecular diversity of several fungal pathogens of wheat and barley. We also have projects focused on elucidating the genetics and molecular basis of virulence in the spot blotch pathogen (Cochliobolus sativus) and the leaf rust pathogen (Puccinia hordei).